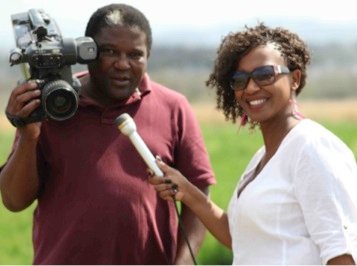 ESWATINI took a small baby step forward in its media landscape when the Parliament lower House of Assembly approved the first step of broadcasting reforms that if approved, would allow for privately owned radio and TV business.

The Broadcasting Bill No. 20 of 2019 is now on its way to the House of Senate, and from there, to the King for his assent.

Though highly anticipated to bring in long outstanding media reforms that will enable private commercial and community radio and TV stations, the reform’s primary focus is to reorganize the government broadcasting investments. It seeks to merge, then manage the government radio, the Eswatini Broadcasting and Information Services (EBIS) and the Eswatini Television Authority under one roof.

Once the current Bill becomes law, a new Broadcasting Corporation will be created.

Media law reforms in the Kingdom are not known for their speed. Radio was first introduced as an emergency communication measure to keep British colonial staff updated during a mild period of political instability in 1963. One of the pre-independence political parties, the Ngwane National Liberatory Congress (NLLC) led by Dr. Ambrose Zwane and the firebrand Prince Dumisa, a nephew of King Sobhuza ll whipped workers emotions to demand a living wage, at the time, pegged at One Pound a Day. A national strike that paralyzed industry from the sugar mills in the lowveld, the forestry companies and the main asbestos mine at Bulembu alarmed the colonial administration to summon the army which had just put down the Mau Mau rebellion in Kenya.

Once the Gordon Highlanders departed, the facility became government property. A new radio station, Swaziland Broadcasting Service (SBS) was established in 1965. Television was introduced in 1978, but it too reverted to government ownership in 1981. The fourth broadcaster is Channel YemaSwati.

Last July ECCOM approved a surprise licence for community broadcasting to the University of Eswatini (UNESWA). UNESWA is one of a number of applicants who have been asking a licence for a long time. The university is however yet to launch a radio station