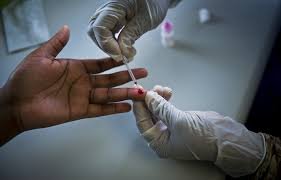 PEOPLE have been bottled up inside the country for almost a year now – unable to travel anywhere. But now they can go, to South Africa, or Mozambique, and beyond if they wish, provided they get tested for COVID-19.

THESE days, some of us walk about with a rather longish face.

It might not sound like such a life and death issue; but still, who can blame the mind for going through all sort of frightful thoughts. Even though people no longer fear testing as much as before, still, confronted with the prospect is cause for some worry.

While a COVID-19 test may be a cause for worry, the benefits far outweigh the concerns. True. Everyone prays for a negative test result sop they can travel.

However a positive test result is just as valuable. It is an early diagnosis that not only saves the life of the person tested, but also prevents the spread of the virus where corrective behaviour is adopted early.

Then there is the test itself. It is a simple process that involves clinicians inserting a long earbud gently through the nostril, to take a swab of specimen of the nose content way up just under the eye. It’s not supposed to be painful, and in fact, is not for most people.

The tests are only conducted by approved private laboratories. The COVID-19 negative certificate must be less than 72 hours old to go through the border.

Despite the high cost, currently E850 for each test, brave travellers are many. They flood the test centres early each morning in the hope of getting clearance that same day.

Earlier this month WHO approved the use of rapid antigen tests as a point of care diagnostic for COVID-19 for screening and surveillance tool. This new standard for COVID-19 testing updates the PCR system, and allows samples to be taken from the back of the mouth. Rollout of this new system is in process and will reduce the cost of testing from E850 to about E150.

The process of implementing the new protocols is on-going as we speak. This week the Ministry of Health started training all health staff who work at the border gates and airports to induct them on the operation of the new testing procedures. Once the guidelines for the new system is completed, cabinet is then expected to approve implementation.

The most important innovation introduced by this new testing system is the speed of results – from at least 24 hours, to 15 minutes. This means that travellers can now be tested at the border.

It can be anticipated that travellers previously restricted by cost and waiting for results, will become a flood.

Knowing is the beginning of wisdom. Testing that enables an awareness of COVID-19 status is an extremely valuable early warning trigger that helps a person to seek relevant help quickly, and at the same time, prevent spreading infections.

The new mass testing arrangements being rolled out to prevent COVID-19 infections also opens the opportunity for innovative approaches.

The COVID-19 virus which as of Wednesday had killed 116, infected 5800 and ruined the economy cannot be divorced from the existing complex mix of concurrent epidemics that are currently afflicting the country.

At least 27% of the population are HIV positive people. Many of these are also co-infected with various strains of TB, and cancers – and at great risk of severe illness should they contract COVID-19.

Experience has shown that the most severe COVID-19 cases are patients with compromised immunity and co-morbidities. That aptly describes the majority of HIV&AIDS cases who invariably are co-infected with TB, and therefore prone to suffer lung complications – pneumonia, acute respiratory distress syndrome, sepsis and possible lasting harm to the lungs and other organs. Doctors’ work would also be easier if they were not surprised with patients of unknown HIV status.

Of all the country’s development challenges, COVID-19 simply makes a bad situation worse. The United Nations has highlighted the result of significant investment that has finally produced the tangible and visible progress in rolling back HIV&AIDS. The Kingdom is recognized as the first, and so far, the only country in Africa to achieve the global target to put 95% of HIV positive people on treatment, to suppress viral infections on 95% on treatment and to achieve 95% prevention of mother-to-child infections.

Eswatini is now walking the Last Mile; with an ambitious milestone of eliminating HIV as a national health crisis by 2022.

Yet the battle is still far from won. There are stubborn areas of resistance. Despite strong efforts, including providing testing services at health access points, there are still hard to reach pockets of people that have not tested. A 2017 study found as much as 15% of population has not tested. The worst culprits are men. While 88.6% of women have tested, men lag far behind at 77.5%.

A key outcome of the Last Mile is that by 2023, at least 95% of people must know their status.

Among the stragglers, are those 22% of men who remain un-tested. They present a serious national concern as a possible source of new infections. While HIV infections have declined generally, ambers continue to smoulder. There are still at least 2500 new infections every year – worryingly mostly among girls in the15-24 year age group. Studies have shown that among the major drivers of new infections is the incidence of inter-generational sex. Boys tend to have a delayed sex debut, hence their infections are at a lower level than girls their age. Main suspects in girls’ infections are older men. who entice young girls into unprotected sex relationships.

Another equally difficult challenge is the lack of trust among partners and a culture of multiple concurrent sex partnerships engaging in unprotected sex. Studies also show that testing and enrolling on treatment plays an important role in improving attitudes towards safe sex, which contributes to the reduction of new infections.

There are major benefits in seeing COVID-19 and HIV as parts of the same crisis, not as separate epidemics. Innovative approaches should consider prevention of HIV as contributing to the COVID-19 response. A one-stop-shop testing facility that tests for both viruses at the same time as a cost effective accelerator of COVID prevention as it is of the Last Mile.