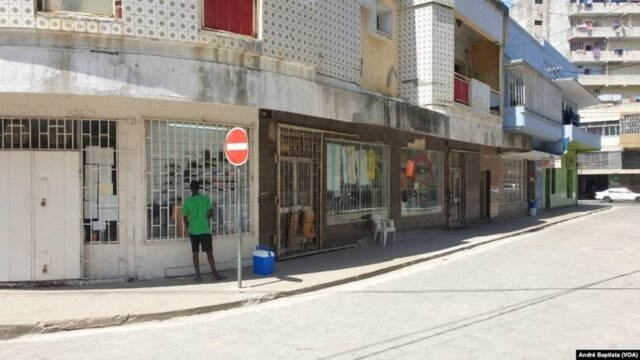 BEIRA, MOZAMBIQUE: Hundreds of commercial establishments did not open their doors this Friday, 23, in Beira, the second largest city in Mozambique, in the first of three days of protests against kidnappings, called by a movement made up of local business people.

The group  announced on Thursday that formal trade would shutdown for three consecutive days, in a peaceful strike to force the Government to guarantee the security of citizens and to put and end to kidnappings, which have become an “endemic reality”.

The protest is supported by a large part of the population who wish that the government is more active in guaranteeing the security of its population,namely of the layer which feeds  the country’s real economy.

“These kidnappings end up affecting us indirectly. Our brothers become unemployed because of businessmen giving up on their  business. An we, the street vendors, will have nowhere to go to buy products,”  Afonso Paulo told VOA.

Analyst Sansão Nhancale considers that the shutdown will have a cascade effect on informal trade,a sector entirely dependent on the formal, and foresees drastic social consequences.

“These entrepreneurs represent 70 to 80 percent of formal commerce in Beira and the strike will affect the city’s economy, with the social consequences that follow,” says Nhancale, for whom the  pressure applied by business owners through this protest is proportional to the feeling of insecurity.

In announcing the shutdown yesterday, Zeyn Badati, a spokesman for the group, stated that “each successful kidnapping undermines trust in the country, holds back national and foreign investment, destroys viable businesses, brings discredit to the state and its agents and empowers crime and criminals – not only those who commit these crimes directly, but those who order them, and those who guarantee the impunity of the kidnappers ”.

The businessmen said that the cities of Beira and Maputo have become “a paradise for kidnapping gangs” and accused the Government of doing little to stop the phenomenon.

“We have fulfilled our obligations, contributed with our taxes”, but the State does not guarantee security and “the omission on the part of the Mozambican State is strengthening the kidnappings industry,” states the movement.

“We are taxpayer citizens of the State, but in parallel we end up, in an involuntary and violent way, contributors to the kidnapping industry, when paying the ransoms (…), and this situation is unsustainable and unacceptable”, added the entrepreneurs who demand a “Beira free from kidnappings”.

The latest kidnapping related incident in the city occurred on Sunday, October 18, when a group fired several shots at the son of a Beira businessman, while resisting an attempted abduction.

The incident came just days after a businessman in Maputo was shot to death when he resisted being kidnapped as he was closing his shop.