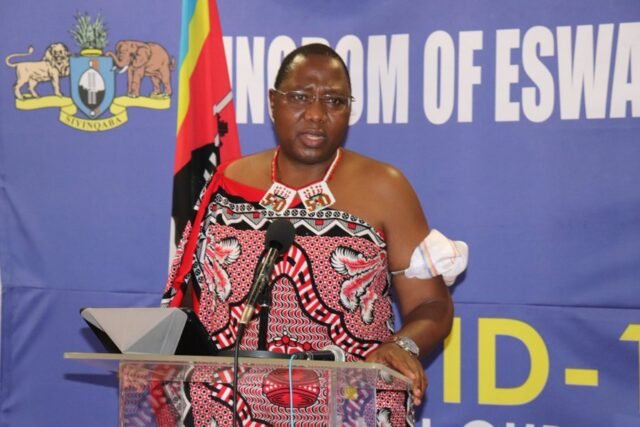 THE weather eSwatini this weak, according to some poets “limaSwat’anetjwala”. The rosy spirits followed the lifting of the #liquor ban on Monday 26 October, three months since it was imposed on 1 July 2020.

Alcohol was banned after it was considered one of the drivers of public carelessness towards #covid19. At the time covid19 infections were rising to their highest peak of 620 a week in August 2020. They have eased significantly since, dropping from an #Eswatini covid19 peak in August down to 82 in the week ending on the 24th October, the weekend before the ban ended

Even though the Prime Minister had promised in July to review the ban in two months, he declined to do so at the end of September, saying that conditions were still not ideal to lift the ban. He indicated he would reconsider the ban when infections had declined to 50 people on treatment. Even thoiugh infections have reduced to single digits, as low as 5 on the 21st October, 50 patients is unlikely to happen anytime soon. Covid19 patients on treatment on the 27th October, a day after the alcohol ban was lifted were 223. This is the lowest in a sustained steady decline from highs of 721 patients in mid September. The safest regions with the least infections are Lubombo (493 and Shiselweni at 520. The highest is stubborn Manzini at 2838 and Hhohho at 2224 infections at the most recent count on the 27th October. Regions’ infection rates have stalled – even Manzini now grows at average 4 infections a day, while Lubombo now completes a whole week without a single infection.

Though Government subsequently relented at the weight of public misery, it has unleashed a public education and information campaign to promote social behaviour change to encourage people to drink at home, not to drink straight from the bottle then share the same bottle as some people drink communally and to drink from glasses and tumblers.

The campaign to Huba uyi 1 calls for people to drink but respect social distancing and be responsible.

Bars are closed but diners can be served wine with their meals while hotel guests are expected to drink from their rooms.

Initially alcohol was also banned in South Africa which supplies all the wine and spirits to the kingdom. However after the alcohol ban was lifted in neighbouring South Africa, restrictions in the kingdom were academic. A roaring illicit trade in smuggled alcohol supplied a black market that reportedly thrived as much in the urban areas as it did in the rural areas.

Not surprisingly, the ban was honoured more in the breach than in observance and spawned an unprecedented networks of smugglers and a flourishing black market.

The liquor industry more than anything, stood on the knife-edge between public health and livelihoods. Before the ban, the industry employed almost 15,000 people the network of bars, bottle stores, distributors and brewers.

When the ban was lifted on Monday 26 October 2020, almost 10 per cent of liquor traders had collapsed and closed. Liquor outlets employ on average 4 people each.

The Times of Eswatini newspaper quoted Eswatini Beverages Head of Legal and Corporate Affairs Mpumelelo Makhubu saying of the 3700 licenced liquor traders, about 370 had been unable to reopen. He said business was ruined for many traders as about 35 per cent of their customers did not have money to restock and operate. This means that about 1 295 liquor traders failed to reopen yesterday because of financial challenges.

“So, about 55 per cent of our customers managed to restock,” Makhubu said. Eswatini Beverages is one of a few blue chip multinationals that operate in the country that are strong pillars of the economy. It has suffered financially during the ban, having to destroy stock that had reached its expiry date.

The network of liquor retailers also suffered hugely.Their umbrella body, the Swaziland National Liquor Association (SNLA) said that many businesses had been unable to reopen.

He confirmed many businesses had been forced to go under, and that those that survived would continue to struggle.

“Financial institutions have classified us as a risky business and the banks are not willing to give us money,” Thamsanqa Hlatshwayo who is coordinator of the retailers complained.

Business on Day 1 of the end of the ban was lukewarm. “It was not that bad and it was not that good either.” The customers were not as many as they had anticipated.

Not making things easy, while the ban has been lifted, trading hours have been restricted. Opening times for distributors, wholesalers and retailers to operate on Mondays to Fridays from 9am to 5pm.

OUR CONCERN IS PROFESSIONALISM