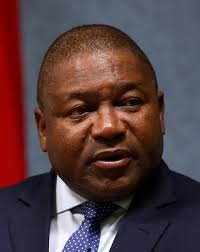 President Filipe Nyusi has reiterated the Southern African Development Community (SADC)’s call for the lifting of all sanctions on Zimbabwe.

Speaking in his capacity as current president of SADC, Nyusi said yesterday that the sanctions undermined the country’s ability to respond to three successive droughts and Cyclone Idai, as well as making it harder to access cheap credit and pay off debts.

Nyusi, quoted by the official Mozambique news agency AIM, said that the SADC welcomed recent efforts by United Nations secretary-general António Guterres and by the UN Commission on Human Rights to remove “coercive measures”. He added that a recently concluded compensation deal between the government and former farmers, plus the repeal of authoritarian legislation, showed that Zimbabwe was on the right track, and that lifting sanctions would accelerate this process.
Western countries have been keen to point out that Zimbabwe itself is not under sanctions  — just certain individuals and companies have been targeted, in an attempt to combat corruption and support human rights. AIM

OUR CONCERN IS PROFESSIONALISM