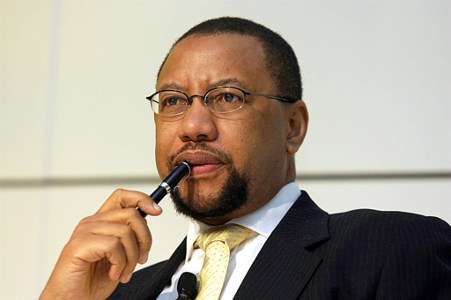 A massive oil find just outside the west coast of South Africa last week will make former Manzini resident and Mbabane educated businessman Phuthuma Nhleko one of the richest men in South Africa.

On Wednesday, Total confirmed that it had discovered a “significant” find of wet gas – gas that contains a small amount of oil – in the Luiperd prospect, located 175km off the southern coast of Mossel Bay.

The new find is close to Brulpadda – where Total last year said it discovered a field that could potentially yield up to 1 billion barrels of gas.

Using the hardcore DeepSea Stavanger drill rig – which can withstand the rough seas in that area – Total drilled 3,400 metres, and encountered 73 metres of net gas condensate. This is even better than at Brulpadda, where Total struck only 57 metres of gas at a deeper 3,633 metres.

Total owns 45% of Block 11B/12B, the area of 19,000 square kilometres which houses both Brulpadda and Luiperd,

“The initial well results are better than anticipated,”  said Saad Sherida Al-Kaabi, the Qatari minister of energy, and president of Qatar Petroleum, which owns 25% of the block.

This could be a game-changer for South Africa, and by extension, Eswatini which is almost completely dependent on importing oil for local fuel consumption. The wet gas could be turned into liquid fuel at PetroSA’s gas-to-liquid refinery in Mossel Bay, which is the third largest GTL refinery in the world, but currently in danger of being mothballed due to a lack of gas.

There are serious environmental concerns about the exploration of Brulpadda and Luiperd – with some pointing to the risk of oil spills, and the fact that the find will add to the amount of fossil fuels that will be burned, and damage the environment.

But the South African government wants to encourage production from the field due to the large economic injection – and tax income boost – expected from the project.

The find could make Southern Africa less reliant on imported oil. Oil represents more than 15% of South Africa’s imports. If South Africa produced more of its own oil, the country wouldn’t have to sell so many rands to buy dollars to pay for the imported oil. This could help the rand in the long run.

And instead of petroleum, the gas could be converted into electricity, which may ease South Africa’s power crisis.

It could also make at least one South African extremely rich.

Apart from Total and Qatar Petroleum, Canadian Natural Resources owns  20% of the block with Main Street 1549 holding the rest, 10%.

Until recently, Canadian oil and gas company Africa Energy owned about half of Main Street while the 60-year-old Phuthuma Nhleko owned the rest – via a company called Arostyle. This made him the only South African with a direct stake in the new gas fields.

Nhleko served as MTN CEO while President Cyril Ramaphosa was still the company’s chairperson, and famously earned R72 million in a single year. In 2014, Ramaphosa sold most of his business interests to Nhleko’s company Phembani when he returned to politics.

HCI – which owns stakes in e.TV and Tsogo Sun – also had an indirect interest in Main Street. HCI owns 46% of a UK-based company called Impact Oil and Gas, which gave Nhleko’s Arostyle a large loan to help fund its participation in the exploration. According to the loan conditions, it was entitled to some upside from the exploration project. HCI’s biggest single stakeholder is the Southern African Clothing and Textile Workers’ Union, which owns almost 29%.

In August, it was announced that Canada’s Africa Energy would now own the entire Main Street, following a deal with both Nhleko and Impact.

As part of a proposed deal, Impact and Nhleko’s Arostyle will get “signficant” stakes in Africa Energy, which agreed in return to fund all of the money Main Street had to commit to the Luiperd drilling programme.

According to Africa Energy CEO Garrett Soden, Block 11B/12B contains “one of the most exciting oil and gas exploration plays in the world today”. Read the original article at https://www.businessinsider.co.za/who-owns-brulpadda-and-luiperd-2020-10